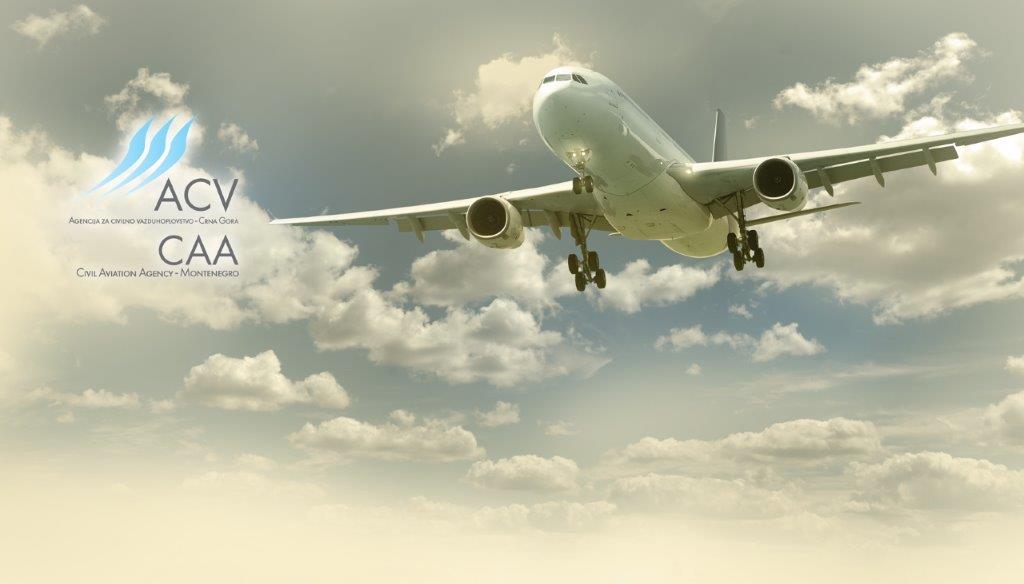 Article 5 of the Law on Air Transport (“Official Gazette of Montenegro”, no. 30/12) determined legal position of the Civil Aviation Agency of Montenegro, and it laid down that the Agency is an independent legal entity exercising public authorities under the Law, established by the Government of Montenegro, independent in performingaffairs from its competence and accountable to the Government for its work. As laid down in the article 13 paragraph 2 of the Law, the Agency prepares annual work report and annual financial statement for the previous year, while it is laid down in the paragraph 2 of the article that the aforementioned reports, including report of the authorized auditor, shall be submitted to the Government of Montenegro by the Agency not after 30 June of the current year for the previous year.

The Council is the management body of the Agency. President and members of the Council are appointed by the Government of Montenegro for a five-year term, and they are accountableto the Government for their work.

The Director represents the Agency and manages its work. The Director is appointed and released of duty by the Council of the Agency, with the assent of the Ministry, through the public advertisement; Director shall be elected for four-year term of office and shall be appointed no more than twice in succession.

Competence of the Agency is laid down in the article 6 of the Law on Air Transport, which prescribes that the Agency is competent for: certification of air operator and operatinglicence, certification of aircraft type, certification of airworthiness of aircraft, certification of airworthiness inspection, certification of registration, certification ofrequirements fulfillment by legal entities to maintain aircraft, certificationofrequirements fulfillment by legal entitiesin charge for professional training of aviation personnel, certification and approvals for use of civil aerodrome, certification ofrequirements fulfillment by legal entity in charge for ensuring continuous airworthiness of aircraft, licencing and ratings of civil aviation personnel, preparingexpert grounds for development of programs, plans, bylaws enacted by the Government and state administration body competent for traffic affairs, enacting general acts under the Law and acts for the purpose of implementation of the ECAA agreement (Multilateral agreement between the European Community and its member states, the Republic of Albania, Bosnia and Herzegovina, the Republic of Bulgaria, the Republic of Croatia, the Former Yugoslav Republic of Macedonia the Republic of Iceland, the Republic of Montenegro, the Kingdom of Norway, Romania, the Republic of Serbia and the United Nations interim administration mission in Kosovo on the establishment of a European common aviation area(European Common Aviation Area Agreement), other concluded international agreements, international standards and recommended practices from the area of civil aviation, and particularly standards, procedures and recommended practices of ICAO, ECAC, EASA and EUROCONTROL, with the consent of the Ministry of Transport and Maritime Affairs, enacting acts ordering to take measures because of establishing functional system safety for the purpose of air transport safety protection, keeping registers and records under the Law, inspection control over the enforcement of the Law and concluded international agreements, continuous control of requirements fulfilled under the Law, cooperation with other countries’ authorities competent for civil aviation, and performing other affairs under the Law and Agency Statute.

Acts, enacted by the Agency under the Law and acts with the purpose of implementation of the ECAA agreement, other concluded international agreements, international standards and recommended practices from the area of civil aviation, and particularly standards, procedures and recommended practices of ICAO, ECAC, EASA and EUROCONTROL, with the consent of the Ministry of Transport and Maritime Affairs, shall be published in the “Official Gazette of Montenegro”,as provided in article 6 paragraph 2.

Apart from the aforementioned affairs, laid down in the article 6 of the Law on Air Transport, the Agency shall perform other affairs proscribed by the Law, namely: issuing of permissions for flight to foreign civil aircraft for flight in Montenegrin air space, providing approvals for out-of-aerodrome landings and take-offs, approving surfaces for out-of-aerodrome landings and take-offs, providing approvals for holding air shows, providing consent to the air carrier regarding the conclusion of contract on aircraft lease, approving operative manuals, approving minimum equipment list of aircraft, providing consent to the technical documentation for the construction, reconstructing and marking of aerodromes, operative surfaces, and other facilities, providing special approval before the initiation of aerodrome construction works for the purpose of protection of air transport safety and regularity of air transport,issuingthe aforementioned consent regarding the construction and installment of aeronautical obstacles outside the aerodrome area (the area with limited construction), that exceed the determined height, approving programs of professional qualification for aviation and other personnel performing works of importance for air transport safety, appointing examination commissions and instructors-examiners from the examiners list, determining examiners list, performingaffairs related to aircraft search and rescue and other affairs related to protection of safety and security of civil air transport.

Internal organization and the way of work and management in the Agency are established immediately after establishment of the Agency, for the purpose of ensuring lawful, professional, efficient and rational performing of affairs and tasks of the public interest for Montenegro in the area of air transport, determined by the Law on Air Transport, concluded international agreements, European Union regulations and rules and standards referring to the safety and security in the air transport.