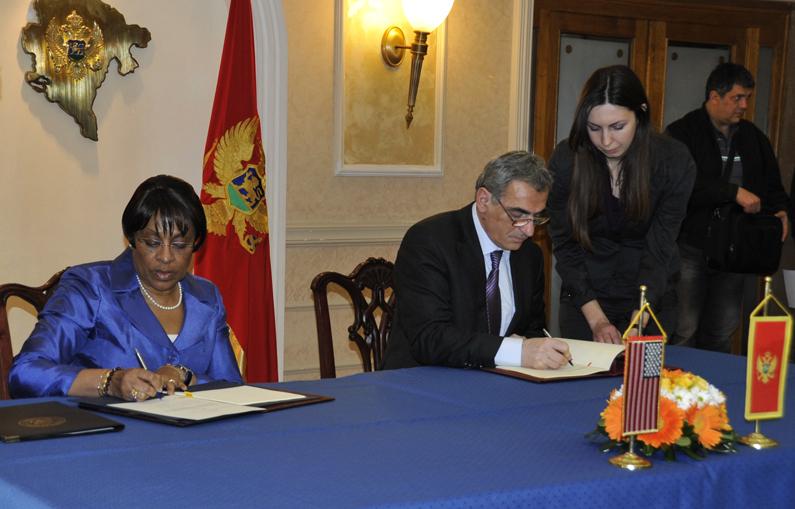 - One of my goals during my mandate in Montenegro is to increase the number of American companies in Montenegro, and I hope this agreement will contribute to new companies coming in and investing in you, said Brown.

The Open Sky Agreement establishes rules on a liberal basis in order to facilitate the development of an efficient, market-oriented international aviation system, with improved potential for increasing commercial and business exchanges, investment, exports and tourism.

- It is one of the most liberal agreements signed in the field of civil aviation, because it gives freedom to carriers to come to Montenegro through third countries. The agreement is very similar to those of the USA with almost all EU countries, which gives the largest and widest opportunities for cooperation. After the signing of the agreement, operators will receive an incentive to establish lines, explained Lompar.

This issue defines the issue of "code sharing", ie the ability of air carriers designated by the aviation authorities of the two countries, in accordance with their commercial needs, to conclude such arrangements that, in addition to certain air carriers, a third-country airlines may also redeem part of the capacity of the aircraft on a regular line between the USA and Montenegro.

"The United States has high security levels, especially in airports, so our airports have met these security standards," Lompar said.

An open sky agreement removes restrictions in terms of routes, capacity, frequencies, markings and prices. Thus, it defines the possibility of establishing a regular air traffic between all points in Montenegro and the United States on a completely liberal basis in terms of capacity and frequency. It also includes the liberal rights of running a business and gives flexibility to carriers to respond to market conditions.

Since 1992, the United States has concluded open sky agreements with 105 partners from Europe, the Middle East, Africa, Asia, the Pacific, Latin America and the Caribbean