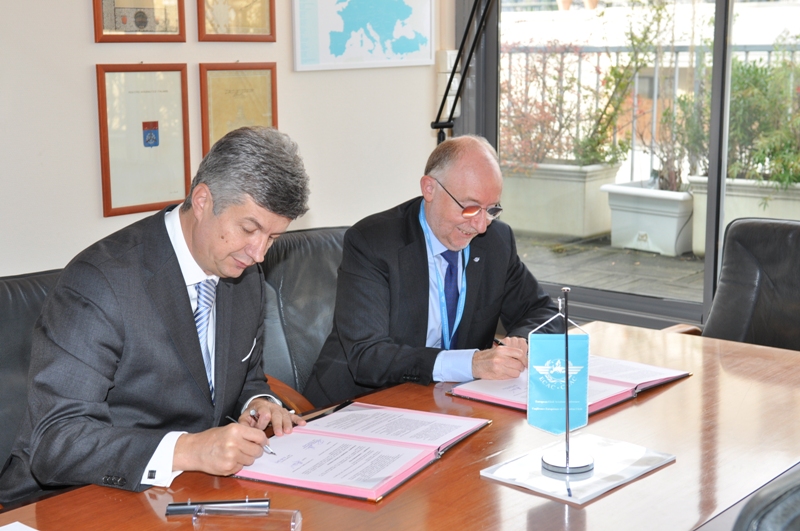 Podgorica, (MINA) - Montenegro will, thanks to significant progress in the field of civil aviation security, be the beneficiary of the project One Security Control in the next one-year period, the Civil Aviation Agency announced.

In a statement issued to the MINA agency, it was stated that this was confirmed by the Administrative Arrangement, signed by the Executive Secretary of the European Civil Aviation Conference (ECAC), Salvatore Shakitano and Director of the Montenegrin Civil Aviation Agency Dragan Djurovic in Paris. The project will start in January next year and will last for 12 months.

In addition to Montenegro and Turkey, which received this project, Ukraine, Serbia, Georgia, Bosnia and Herzegovina, Armenia and Moldova were interested in participating.

Shakitano said that the ECAC checks carried out in Montenegro showed significant progress in the Montenegrin aviation security regime.

According to him, the One Security Check Project is an important instrument that ECAC countries, which are not members of the European Union (EU), can use to position themselves and submit applications for the recognition of their aviation safety measures with the European one.

"I support the initiative of Montenegro to be engaged in this project and I recognize that such an initiative highlights the commitment of the Civil Aviation Agency of Aviation, but it continues to build strong and lasting cooperation between Montenegro and ECAC," said Shakitano.

Djurovic assessed that the great success and recognition that Montenegro, besides Turkey, got this project for which there was a serious interest of other countries.

This is, he said, the result of a good state of security in civil aviation in Montenegro, which was identified at the beginning of this year by the respondents from the International Civil Aviation Organization.

"I am sure that if our civil aviation entities give full contribution to the completion of this project, it will be in the situation to be treated as a state that applies equivalent security measures in this field, as well as EU Member States, which would have great positive effects" , said Djurovic.
source: MINA