Meeting with the General Manager of EUROCONTROL 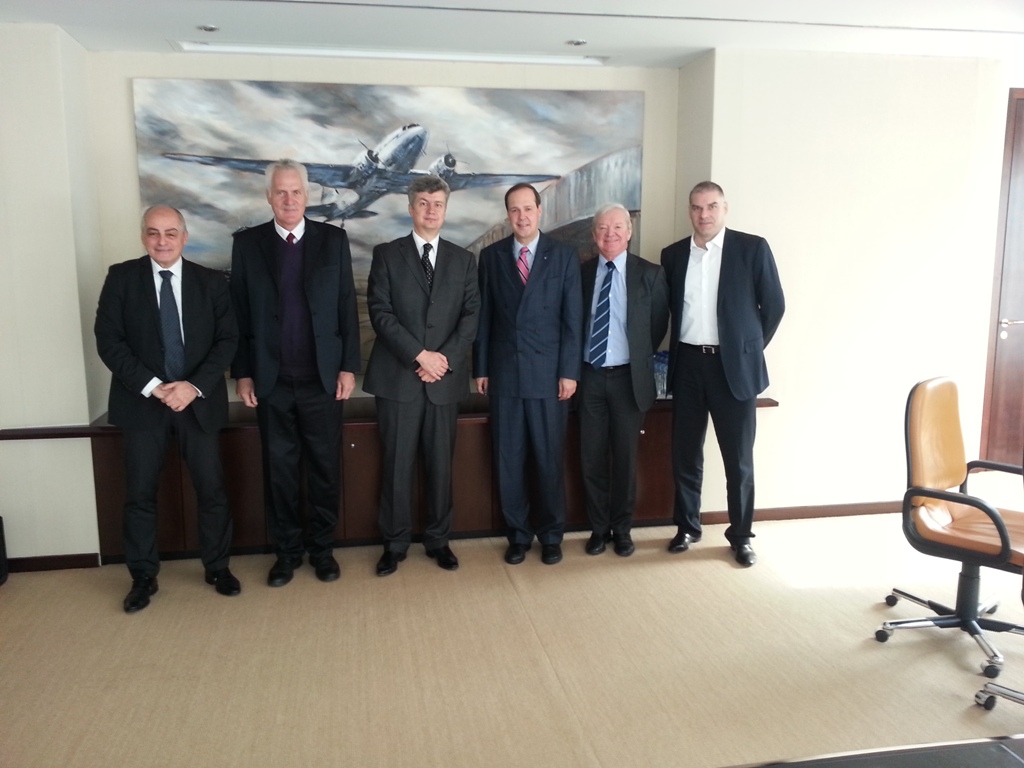 Director of the Civil Aviation Agency, Dragan Djurovic, met with the Director General of the European Organization for the Safety of Air Navigation (EUROCONTROL), Frank Brenner, in Brussels on March 13, 2013, to establish official cooperation between these two aviation institutions on the issue of joint work on the investigation of the possibility of introducing operations in conditions of reduced visibility at the Tivat airport.

In the delegation of the Civil Aviation Agency, there were also the Assistant Director, Renato Brkanović, Director of the Air Services Sector in the Air Area, Zoran Đuranović, and Manager for Control of Compliance Systems, Dragan Popović.

On behalf of EUROCONTROL there were also the Managing Director of ATM, SESAR and Research, Mr. Bo Redeborn, and Head of the Department for Navigation and CNS Research, Ms. Franca Pavličević.

This meeting is a continuation of cooperation between the Agency and EUROCONTROL in finding the most optimal solution for operations under reduced visibility at Tivat Airport. The feasibility of the studies, done by the experts of EUROCONTROL in the previous period, as one of the conclusions was that the performance of operations in conditions of reduced visibility at Tivat airport was not possible with the use of conventional methods, and that the solution should be pursued? Go to modern technological procedures.

Citing the possible improvement of the capacity of this, in many ways, the specific airport, one of the most significant contributions to the further development of the tourism sector of the Montenegrin economy, Mr. Djurovic and Mr. Brener, with their closest associates, on that occasion, starting from a unique configuration terrain in the immediate vicinity of the airport, considered the feasibility of applying the latest technological achievements in the field of air navigation.

Given that at the global level, work on the development and verification of new and extremely demanding RNP-AR procedures is still? always in progress, and that even at European level this specification is not yet? have not always been officially adopted and published, it was agreed that the Tivat Project ?? could be used to develop them, making the Tivat airport one of the first airports in the European aviation area to have defined RNP-AR departure procedures. In this context, as an initial step, it was agreed to sign a Special Agreement on Cooperation between EUROCONTROL and the Civil Aviation Agency, which will be implemented in the most recent times.