Significant progress of Montenegro in the field of civil aviation 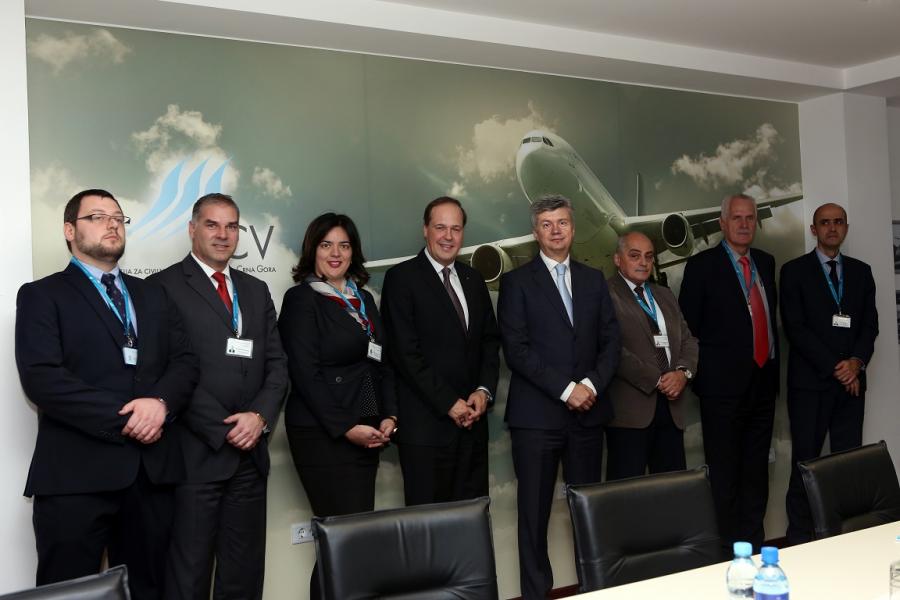 Mr Frank Brenner, the Director General of the European Organisation for the Safety of Air Navigation EUROCONTROL, is visiting Montenegro, and his visit is an important indicator of recognition of accomplishments made by Montenegro Civil Aviation Agency and overall development of civil aviation in Montenegro, according to the words of Mr Djurovic, the Director General of the Civil Aviation Agency.

It is announced by the Civil Aviation Agency that the collocutors stated the cooperation in the area of application of European navigation system PBN, which enables more accurate navigation and thus significantly contributes to the air transport regularity, should be intensified.

"The expert assistance of the EUROCONTROL may be particularly important for consideration of application of the PBN concept in order to enable night flights at Tivat Airport, which would be extremely important for tourism in Montenegro, having in mind that the majority of tourists arrives at this airport", as stated in the announcement.

Mr Brenner is acquainted with results of numerous international controls which measured the performance of the Civil Aviation Agency.

Likewise, the results on successfully finished One Stop Security project, confirming the high standards in civil aviation in Montenegro are presented.

Mr Brenner expressed his congratulations to Montenegro for its inclusion in One Stop Security project.

He finds progress of civil aviation in Montenegro satisfying, and furthermore he announced the continuation of intensive cooperation with the Agency.

As a confirmation of good cooperation, Mr Brenner handed the flag of the EUROCONTROL to the Civil Aviation Agency, which is considered an important partner.

As a reminder, in July 2007, Montenegro became fully pledged member of the EUROCONTROL, the organisation which is primarily competent for the safety of air navigation in Europe.